skip to main | skip to sidebar

...my only friend. The end. OF THE YEAR, of course. Show must go (and will be) on!
Well well well...another year is gone. And with it, tons of events and things and experiencies and...so on. I don't use to look back and weigh up what happened, and then put this in a balance and make an analysis to concrete if the year was 'good ' or 'bad'. Good or bad...nothing is 'good' or 'bad', or 'black' or 'white' exclusively. That's why I never look back for anything, because all is more complex than it seems to be. I don't want to think. I'm lazy by nature!
Anyway, a lot of things happened in the world, that's true. Unfortunately more negative than positive. But yeah, I have my own world with its own conflicts and delights, so I didn't pay much attention to what happened outside of it. Call me selfish if you want. I have enough in my inner shelter...health problems, removal problems, family problems....well, for what I am telling it seems a really bad year...but it wasn't. I also had a lot of joy for tons of things, my first wedding anniversary, for example. TONS of work, too...and that it's really important due the country situation! Well, the only thing I regret myself is the way I've been disconnected from the 'music world', I mean that I missed a lot of gigs this year, and a big bunch of new releases too. This second thing will drive me crazy, I don't know how I will be up-to-date with them. Arrrrgh.
For what I have listened, here's my favourite's list, in no particular order:

KATATONIA – Night is the New Day

KORGULL THE EXTERMINATOR - War of the Voivodes

CHILDREN OF TECHNOLOGY - It´s Time To Face The Doomsday

BASTARD PRIEST- Under the Hammer of Destruction

I know there are tons of records I neglected in the list, like Le Verge Noir of Cauchemar...but really, I haven't got the time to take a listen :__ I have to remedy this, urgently. And regarding the gigs...uh. The only thing I can say is that I have ended up too much drunk the latest concerts. Especially these ones:

Church of Misery + Death Row on April. I started taking some beers in the afternoon, once I had finished the tattoo course. I suppose that I was really happy, because the only thing I can remember (beside of the great gig) is that I changed to rum too much early. Awww. The hangover at the next day was fucken dooooooom. All was sloooowly lilting.

Avulsed + Entombed on March. WOW. I think that was the WORST hangover ever. The previous day I went to 2 concerts, Katatonia + Swallow the Sun and Monkeypriest + Orthodox, so when I arrived at the Entombed's concert I was really tired. I tried to clear my head with some beers...and I lost control. I don't remember ANYTHING from one hour after the concert until the next morning. According to my husband's version, I was ok until we took a taxi. Then I felt asleep. And I walked from the taxi to the hotel like a zombie...in fact, I woke up completely dressed.

As you can see, is better to miss gigs, at least for my health .

And well, here's a fanart of one of my (future) dolls to finish this stupid update. 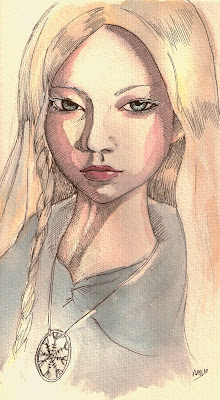 That's all. Merry Yule and a Happy Creepy New Year! 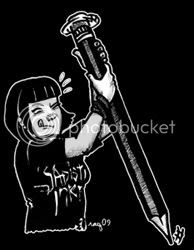 Hi, welcome the sewer where ends up all what comes to my mind, shaped as a drawing. It's a cheap therapy, indeed.
I also make illustrations, designs for covers, artworks, posters, tattoos, logos and other shit by request.

All images in this blog are copyrighted. You may not use or reproduce all or a part of any of the images shown here, without the prior written permission of the author. Thanks!

diezilustraciones@gmail.com
---> on Myspace
---> on DeviantArt
---> on Newgrounds
And feel free to discuss with me:

ALBUM OF THE WEEK

BLOG ABOUT GIGS AND TONS OF INFO! 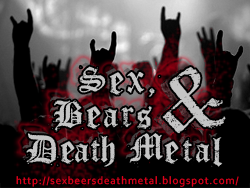